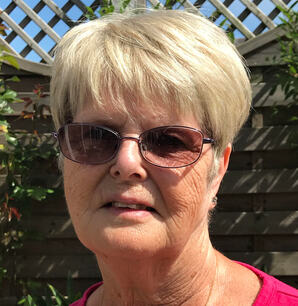 The Role of Media
"Media" (noun) - television, radio and newspapers as the means of mass communication.

Usage: the word media comes from the plural of the Latin word medium. In the normal sense 'television, radio and newspapers' it often behaves as a collective noun (one referring to a group of people or things such as staff) and can correctly be used with either a singular or a plural verb; the media was informed or the media were informed.

As I write this the last unlock is delayed by 4 weeks and this has caused some clubs to have to postpone their opening again, while others were waiting for the Autumn! Some are planning ahead and hoping for September and making diary dates for the end of 2021 and looking forward to 2022.
Because of the lack of meetings and events for NE NAFAS clubs since March 2020 some clubs have lost touch with both existing members and the communities from which we draw support and new members from. Others have kept in touch using social media and put on events for members through Zoom and Facebook to mention two methods.
During the Covid pandemic it has been evident that more people are wanting to use outside spaces to have and create gardens and grow things generally. According to reports from Estate Agents while more people are wanting to have properties with outside space for their families, Garden Centres are suffering a lack of plants from growers and the effects of having to have plant passports for foreign imports. Growers themselves have found it difficult to get staff and sustain supply and this will in turn have had a knock-on effect for what we can use to make floral arrangements.
However, things are starting to look up and we must be prepared to draw people’s attention to the fact we are up and running. We can contribute to a work life balance aesthetically and feed the creative side of people to help mentally and physically.
To this end clubs need to promote themselves using as many different ways as possible; flyers in florist’s shops are a starting place, notices on village / local notice boards and in the local magazines or newspapers, contacting groups such as gardening, craft, WI, religious and community support groups, communal residential places and even stand in local shopping areas to hand out flyers. To this end we must not forget the power of local radio and press as well as through the use of online technology. Has your club thought about a Facebook page?
However, it is not just enough to say here we are, but we need to take into account what people want – do they just want to sit and listen to our wonderful demonstrators, drink a cuppa and go home or do they want to become involved? Do they want to go home with something they have learnt how to make through a workshop? To catch their attention and keep it is the big thing and the role of all the media aspects is important!
We need to be welcoming in our approach and planning for the future and grab their attention as so many other activities are competing for their time. Fun, Friendship and Flowers should be the key words and all are equally important in these stressful times.
If clubs are needing support and advice as to how to promote themselves please contact the NAFAS NE Area who are always ready and willing to support clubs and individuals.